The Future of Shopping is out of the Shop 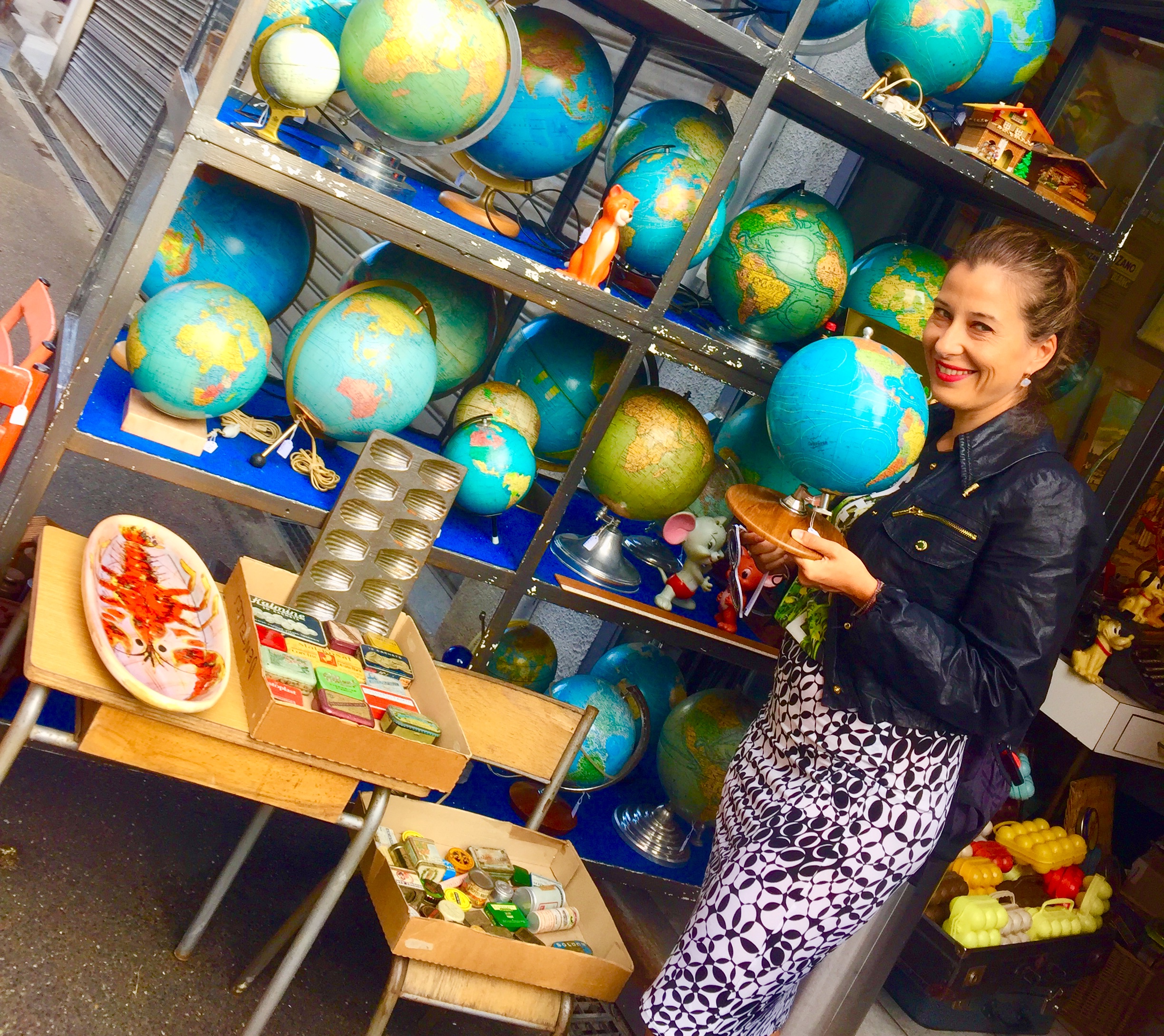 For the past three months, shopping habits and motivations have changed significantly due to lockdowns, layoffs, losses, pesimism, anxiety, repositioning. Many of us used the lockdown as a time to Marie Kondo ourselves and discovered full houses, wondering why the hell we did buy so many things and what for the 50+ special occasion dresses (my case) were when I was quarantined me, myself and I. In the same time, many of us appeared to be spending more time than ever watching streaming media. Our kids were and are still playing Fortnite. On April 23, Travis Scott - if you do not know who the guy is, just let me tell you that he has at least 5 songs in top 50 global chart on Spotify - debuted his new music in an event called the Astronomical experience in Fortnite. 12.3 million players participated in the April 23 concert and 27.7 million experienced it 45.8 million times across the five events. Therefore, do not be surprised if soon you are going to do your shopping on Netflix, HBO Go, Apple TV or Disney Plus and listen to your concerts (or let your kids listen to their concerts) on Fortnite, Roblox or Minecraft. Streaming services have already shown an appetite to innovate with new ways to connect brands and entertainment. Next stept? At any given time, a viewer could find out precisely what the person on screen was wearing—or what types of pans were used in an episode of Chef’s Table, for example—and then with a click, the viewer could buy it. In fact, this idea has already been tested by the fashion brand TopShop through a shoppable live-stream fashion show. Just last month, Amazon along with Vogue and the Council of Fashion Designers of America, announced Common Threads: Vogue x Amazon Fashion, a new marketplace featuring 20 high-end and independent brands affected by the pandemic. For the Romanian readers, Fashion Days made a similar move, shocasing more of the Romanian brands, Murmur included. Vivre.ro - the major furniture, interior decorations and lifestyle eCommerce platform from Romania and Eastern Europe - invited the offline retailers affected by the pandemic to sell their products on their marketplace.

What are all these examples about? Could it be a creativity switch to more practical aspects of our life rather than creativity for the sake of creativity? Could it be that advanced technologies become enablers of unexpected “mergers” such as mass retailers and luxury independent fashion brands or entertainment streamers and goods retailers? Most probably, the common answer to both questions is the future.

Maybe some of you have not heard about the popular Sears catalogue, but for sure you heard about the Avon brochure, Oriflame’s or Amway’s catalogues or some other’s. At age 16, Richard Warren Sears found himself in financial need to support his sisters and mothers after his father died and lost all his money in a bad investment. He taught himself telegraphy and found work with the railroad, but it was not enough. In 1886, looking for new ways to increase his income, he offered himself to sell a box of watches refused by a jeweler and sitting at the railroad station were Sears worked. This was the birth of the discount pricing. He sold the watches with the first ever discounted price, made a significant profit, founded R.W. Sears Watch Company and hired a young watch repairman. Business bloomed and in 5 years (back in 1891) the duo published the first catalogue, a 52-page selection of watches and jewelry. Sears benefited by the Congress’s Rural Free Delivery Act in 1896 plus he never discriminated regardless of class, creed, or color - in terms of product selection and pricing. In 1915, his catalogue was 1,200 pages, selling more than 1,000 items and generating over one million dollars in revenue. Long story made short: in the autumn of 2018, Sears filed for bankruptcy. What happened? Walmart and Amazon. Sears valuation stood at 14.3 billion dollars in 2006, while Amazon was just 3 billion ahead. In 2019, Amazon peaked at 893.1, a more than 5000% increase, while Sears was no longer a player.

This is the most powerful story from the chapter The Future of Shopping of The Future is Faster Than You Think. The Future is Faster Than You Think was released in January 2020 and was co-authored by Peter H. Diamandis (the founder and executive chairman of XPRIZE and executive founder of Singularity University, receving his MD at Harvard Medical School and his degree in molecular genetics at MIT and who was named “the world’s 50 greatest leaders” by Furtune magazine in 2014) and Steven Kotler (award-winning journalist, two times nominated for Pulitzer prizes).*

The story is a preamble of many other stories that could end up similarly.

Retail stays at the convergence of communication, energy, and transportation breakthroughs. Now ask yourself which the breakthroughs in any of the 3 domains in the year of 2020 are and you could start imagining how the future of shopping will look like.

In 2018, at the Google I/O conference, the CEO, Sundar Pichai showed Google Duplex to the audience. Some pre-recorded calls made a reservation at a restaurant or booked a haircut. In neither case did the person on the other end of the phone have any idea they were talking to an AI. The AI even whispered “hmmm” during a conversation’s break moment. Google’s automated booking system is just the beginning. Beyond Verbal, a Tel Aviv-based startup created an AI customer coach. Based on research targetting more than 70,000 subjects in more than 30 languages, the AI is able to detect 400 different markers of human moods, attitudes, and personality traits. Do you think any human being, even Joe Girard, the world's all-time top car salesman (with a Guinness Book of World Records dating back in 1973 for selling 1,425 cars in a single year) can beat this? Ok, you can try sending the best sales or customer service employees to the best selling techniques, negotiation or persuasion skills trainings, but do you think they will be able to detect 400 different markers of human moods and preferences and sell products or services accordingly? Beyond Verbal’s app can tell what kind of shopper is calling, suggesting with perfect accuracy what is needed. Moreover, this type of AI is built using neural nets, meaning they are learning with every interaction and therefore increasing their productivity and efficiency without the need of a new training.

If you think AI is so far away from your current environment, sort of a sci-fi with its preachers (inlcuding myself), I would drop by another at-hand example from a different industry: Future WorkForce, a Cluj based start-up, developed a software robot that would process all bank applications for delayed loan payments. Whatever your field of activation, public or private, you are a click away from an automated source that would benefit you more than many other brainstormings.

RFID (radio frequency identification) tags and weight sensors are already in some shops and technology providers should search for connectors into the retail landscape, so that more and more customers would benefit out of their advanced technological offerings. Tomorrow, the shelves might be talking - is the sweater dry clean only? Yes, the shelf would respond.

What would be the implications of 3-D printing at large scale?

a. the end of the supply chain

b. the end of waste

c. the end of the spare parts market

d. the rise of user-designed products.

The last part is my favourite, cause we could all soon turn into designers and explore our creativity to the point that we all have our personal touch on the objects surrounding us.

3-D body scanning is here, AI fashion advising also (Amazon, Alibaba), VR also (eg Hololux - a collaboration between Microsoft and the London College of Fashion - the VR goggles let you shop in mixed reality anywhere in the world), so all premises are meant to think of a different future shopping landscape. If you are to shop in a physical place, it has to be much more than a shopping place, but is it worth the investment when other options - like Netflix/Amazon/a bank marketplace/a residential area marketplace shopping - could make more income for less expenses?

I consider myself a creative person and many whom I worked with quoted me for this personality trait. But could my creativity switch to more practical aspects of my life rather than creativity for the sake of creativity? This was my personal quest for the past months. And its answer is something I have always believed in: there are no creative minds and non-creative ones, there are no creatives industries and non-creative ones, it is a matter of adapting the creativity to reality and come out with creative solutions that would improve someone’s life for real.

*You can find out more here