Home
Home Brand Consultant Portugal: building a brand through resilience and creativity. And 300 days of sunshine a year

Portugal: building a brand through resilience and creativity. And 300 days of sunshine a year 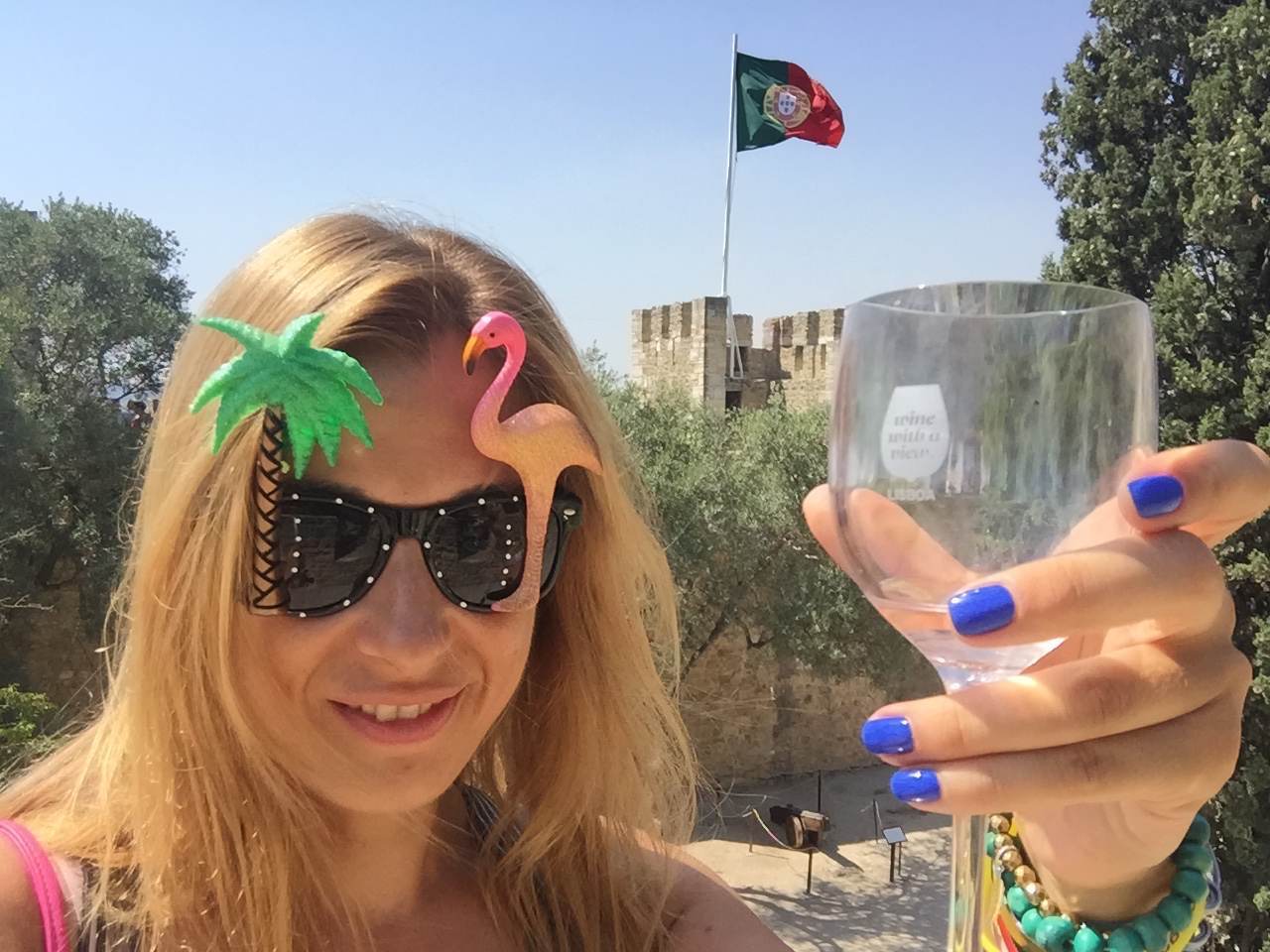 The brand that I will write about is a national one and just now it is teaching itself a new word: “audacity”.

With a long history of highs and lows, Portugal is in the midst of something remarkable. It is on the top list of every survey, be it about soft power or quality of life. As it is also one of my favourite travel destinations, I enjoyed reading in full the 60+ page Monocle’s report* on its business, culture and design.

Inspired again by both Monocle and Portugal, I will try to outline the survey’s key findings on how inventiveness and determination brought this small nation on the world’s agenda. The way Portugal has kept its traditional trades while adding techonology, energy and mobility as new trade sources is a definite success recipe for a nation badly affected by the crisis of 2008.

What has Portugal become famous for lately?

While politics is not my expertise, there could not be a country’s brand success story without a proper inspiring leader.

The President Marcelo Rebelo de Sousa is reverentially called “the professor” by the cab drivers. He is not as popular as Emmanuel Macron or Justin Trudeau, but he is a leader by all means. Asked about what made Portugal a new plug-in on the world’s map, he said: “We are very open in a Europe that’s less open than it used to be. The only way to avoid populism is to solve people’s problems and have a direct connection with them. If you are distant to them, the vacuum will only be filled by new parties and personalities.” He speaks of Portugal’s place in the world as a platform between cultures, civilisations and seas. “We are becoming young again, despite being an old country.”

What is the new national brand building on? What is it brought from the past into the future, which are the strategic areas and industries to allure investors with?

“If you want to hear an empty catch phrase about how a country can bouce back from crisis, ask a consultant. But if you want to see a country that is doing exactly that, come to Portugal” -  Pedro Santos Guerreiro, editor in chief Expresso.

1. The Japan connection. Kasutera (sponge cake) was born in Nagasaki, but few know that it evolved from pao-de-lo brought by Portuguese mariners in the 16th century. The first western ships to reach Japanese shores were Portuguese. Food might be a solution for Portugal’s roots strengthening with Japan. .

2. The national pride. Forget about the inferiority complex that this once upon a time strong nation has developed in the past years. Now, new generations seem eager to dump the historical bagage and take pride in being Portuguese. They had some little help from winning Euro 2016 and having Antonio Gutierres, one of the world’s top diplomats as UN secretary-general. Plus some brand new or rebraded items to capitalize on: Farftech e-retailer, Portuguese Flannel fashion brand,  Wolf & Son shoes, Pastel de nata custard tarts.

3. Acting differently. Agriculture, tourism (as the fastest growing business in Portugal), innovation and entrepreneurship are the areas where Portugal acted differently. One example is hosting the Web Summit - Europe’s biggest techonology marketplace. 50,000 entreprenerus, investors and fans came to Lisbon with this occasion. Another one is a new tax system from 2016 supporting the start-up field leading to private investment growth. And of course an unmatched quality of life!

4. The cork, Portugal’s workhorse, an eco-friendly industry. With an annual output of 100,000 tones, Portugal is the world’s cork capital and Amorim supplies 4,3 billion of the 12 billion cork stoppers that are used around the globe every year. Antonio Rios de Amorim, CEO Amorim says that “7 out of 10 bottles of wine produced around the globe are today sealed with a cork stopper that came from an oak that has never been felled”. That makes the cork industry an eco-friendly one.There is a positive interdependence between the business industry and an ecosystem (recycled stoppers are turned into tiles or shoe soles), plus 65% of the entiry Amorim factory energy comes from pure cork dust.

Do not think of cork just as a raw material for stoppers, cause R&D has created way more new products - shoe soles (Birkenstock), floors, surf boards (a partnership between Mercedes-Benz Portugal and Hawaiian surf-champion Garrett McNamara)

5. A cultural capital. Maat is a brand new museum: Museum of Art, Architecture and Techonology, an Amanda-Levete designed building surpassed expections of visits. The idea of the new museum was to show Portuguese artists to an international crowd. “Portugal hasn’t had the marketing power to support their internationalisation” declared Pedro Gadanho, the museum’s director, an ex curator at MOMA in NY who returned to his home country after “its darkest days, following the 2008 crisis”. Another exemple is Porto, who reopened some of its more than 20 independent cinemas, including Cinema Trindade and Passos Manuel. Economic flourishing comes hand in hand with cultural blooming.

6. The fashion industry accounting for 3% of GDP. “Made in Portugal” is growing and Porto becomes a top international fashion hub. When fashion manufacturing moved to Asia, most European producers lost their know how. Portugal struggled but the fashion tradition remained and the skills survived, this is why made in Portugal is an equivalent of the best value for quality. Shirts and footwear are among the most successful branches. German Svenja Specht, behind the fashion label Reality Studio is working with Portuguese Lagora factory and is exporting to Japan, Shangai and NY.

7. Portuguese wines and salt. Port is a famous fortified wine, dating back in the late 17th century. Alentejo may lag behind Doura Valley in prestige and price per bottle but wine here accounts for 50% of consumption in Portugal. Alentejo’s high daytime temperatures and cool nights make it a great environment for grapes. There are 250 grape varieties - few countries have more indigenous grape varieties than Portugal. Some of the labels that you should try from Alentejo region include: Barrocal, Dona Maria Vinhos - served at TAP business class, Susana Esteban - Procura and Aventura.

Add some pure salt from Algarve, Jose Avillez, best known Portuguese chef holding 7 restaurants, (6 in Lisbon, 1 in Porto and Belcanto being the first) and bom apetite!

8. Design hotels, My Home in Porto - accomodation for all tastes. The fast growing tourism had a serious impulse on building new accomodation, from top notch design hotels to authentic pousadas. Design hotels chain has 13 properties, adding new ones like Pedras Salgadas SPA & Nature Park, an eco-resort with tree houses or Memmo Principe Real with sublime views over Lisbon. Casa Mae, Lagos, Algarve is a proper slice of vida Portuguesa in a fishing village as per French founder Veronique Polaert. My Home in Porto - best independent - is run by Juan de Mayoralgo, the owner of a three room guesthouse. His house has a leafy garden, a library and the owner cooks for you. He calls himself “a good friend taking care of your stay”.

“The financial crisis of 2008 was harsh but what matters is that quality newspapaers pull through to tell one more story” says the editor of Politico, David Dinis.

In the same time, the digital tempations did not stop the love affair of Portuguese for literature and printed page. Fernando Pessoa is a national icon, other writers such as Nobel Prize winning author Jose Saramago and Luis Camoes are treasured, therefore there are great bookstores almost at every corner.

Th oldest bookshop in the world still in operation is Livraria Bertrand Chiado. Most famous in Portugal is Livraria Lello in Porto, founded in 1906 with a neo-Gothic facade and a stunning interior. JK Rowling who lived in Porto is said to have been inspired by it when writing Harry Potter.

10. Skilled labour force - 80% of the population is multilingual. An established infrastructure in terms of roads, air and shipping. Closest European market to Americas and near to Africa. Competitive incentinves: tax credits and a 10 billion fund to support innovation, research, developmentand job creation.

For those of you working in design, please check the movers below:

If you have any single thought about trying to start a business in Portugal, check Linnk coworking space. While doing business here you can run, surf and drink in the same day. And you can go early in the morning to another business meeting with very cheap taxi.

If you think where to send your teens to University, think of Nova School of Business and Economics because it has climbed the rankings of European business schools.

* Full 60 page survey on Portugal can be found in Monocle March 2017 issue (part of the articles are available on https://monocle.com/magazine/issues/101/?page=2