Home
Home Storyteller My Secret in 2018: a marathon, a book and a unicorn 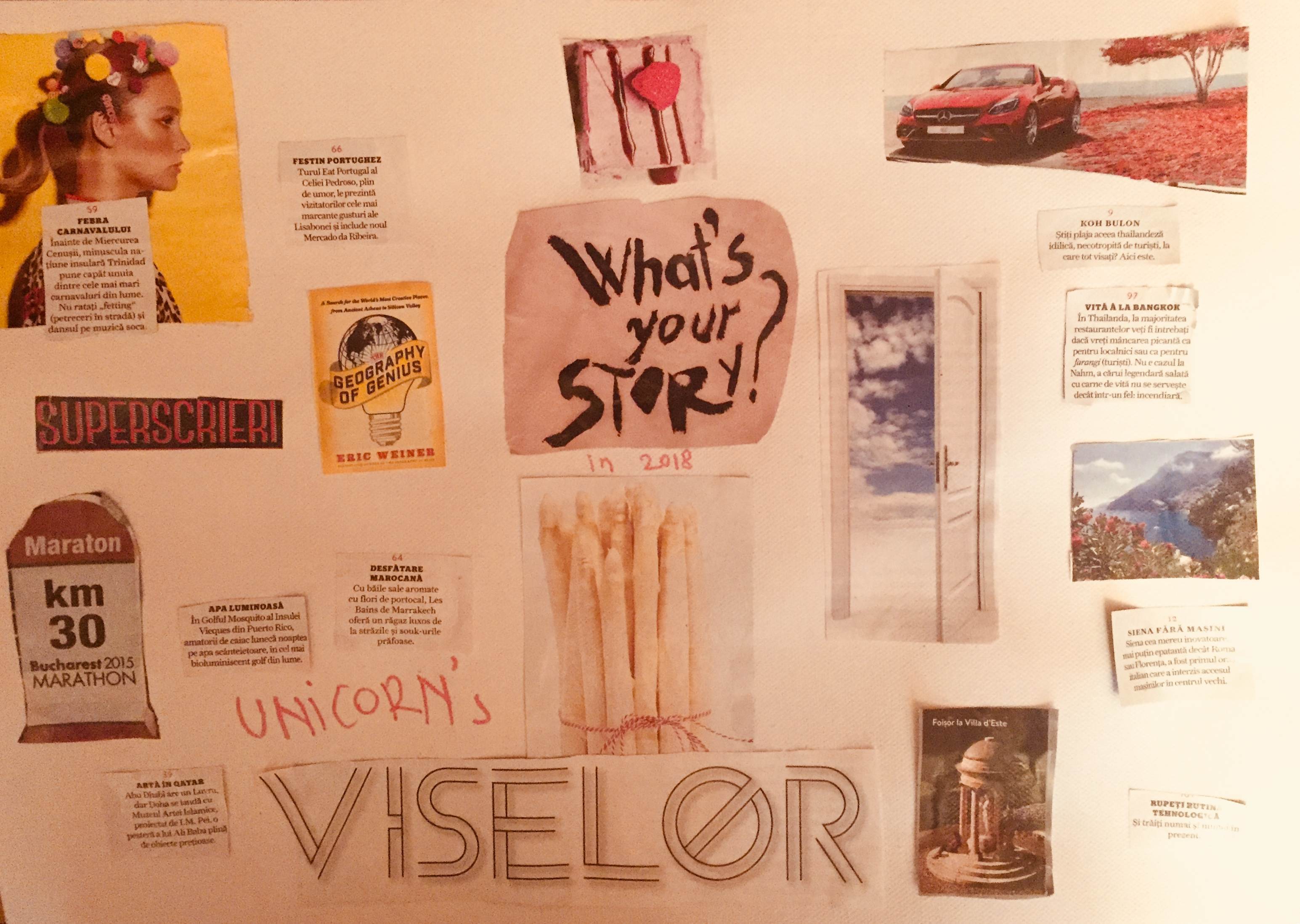 On December 31st 2017 I put down a long list of people that I had not invited a year before to guide me on the following year. They all did it willingly, as if each had a precise role in my personal and professional challenges, blowing hope, courage, trust, love and unicorn magic dust.

By the way, my dad asked me some time ago, why was this unicorn more special than a cow? The unicorn is a mythical animal, but also a start-up company valued at more than one billion dollars, typically in the software or technology sector. It was neither for the myths nor for the billions that I considered choosing the unicorn as the logo symbol of my company, but for its more urban business meaning of a person with multidisciplinary expertise. And for its playful and joyful attitude, of course.

To answer my dad, this is why a unicorn is more special than a cow, due to its rarity, value and fun.

It was my first time that I pulled down the list of people, not the list of achievements for the year end. Not that my attainments were absent, but because these people were more present in my life than I had expected, amplifying whatever I needed to push my limits and dreams.

So, on December 31st 2017, I wrote down my gratitude list and this experiment brought me an intense feeling of self-respect, joy and happiness. None of the achievements could have turned me on so!

Now, January 1st 2018 could come, because my good vibes were there. What about the new year resolutions?  “ Life is getting more spontaneous, therefore customers expect the same approach from brands: don’t make me plan ahead, adapt as I change!”  says a trend from Trendwatching Premium.

Accidentally or not, while browsing my Netflix, I discovered a documentary called The Secret. It is based on the namesake book by Rhonda Byrne. I recalled getting the book ten years ago from a friend. Basically, the secret is the law of attraction. You are attracting what you are thinking. You are obsessed with debts, they will surrender, you are obsessed with your new car, you will get it. Goody, goody, gumdrops, it is not that easy, so do not take it literally.

What I did instead was to switch the classical resolutions list to a new attraction list of things that I want in my life.

I took an A3 painting canvas and stuck magazine clips of places, actions and emotions that would love to have around in 2018. It was half random, half conscious choices, as I cut out whatever I was inspired of from the big pile of magazines, be they glossy, National Geographic or business.

I will keep it within my eyes for the year long and I will work towards the attraction list of things, because I do not fancy self development advices of believing without acting. And I need more acting, for unicorn’s sake!

So said, so done. These are  my 3 top attractions that will have an amplifying effect to the others. If these 3 are to be followed, I will reach my best story so far.

1. My first marathon, because I trained last year for my first half-marathon and I managed to finish two half-marathons in less than half a year. It showed me that I was strong, both physically and mentally, so I can push for full jobs, not just halves:) Moreover, I turn 42 this year and this would be a nice concept anniversary: 42 years and 42 kilometers.

2. A new book. It would have been 3 years already since the launch of my first one and I want to explore a new genre. I have some notes on two different topics and I need to decide which one will give me the stamina to finish. Stay tuned, you will be part of the decision:)

This is the year of the Unicorns. Happy New Magical Year!