Harari’s 9 lessons about the MEANING OF LIFE 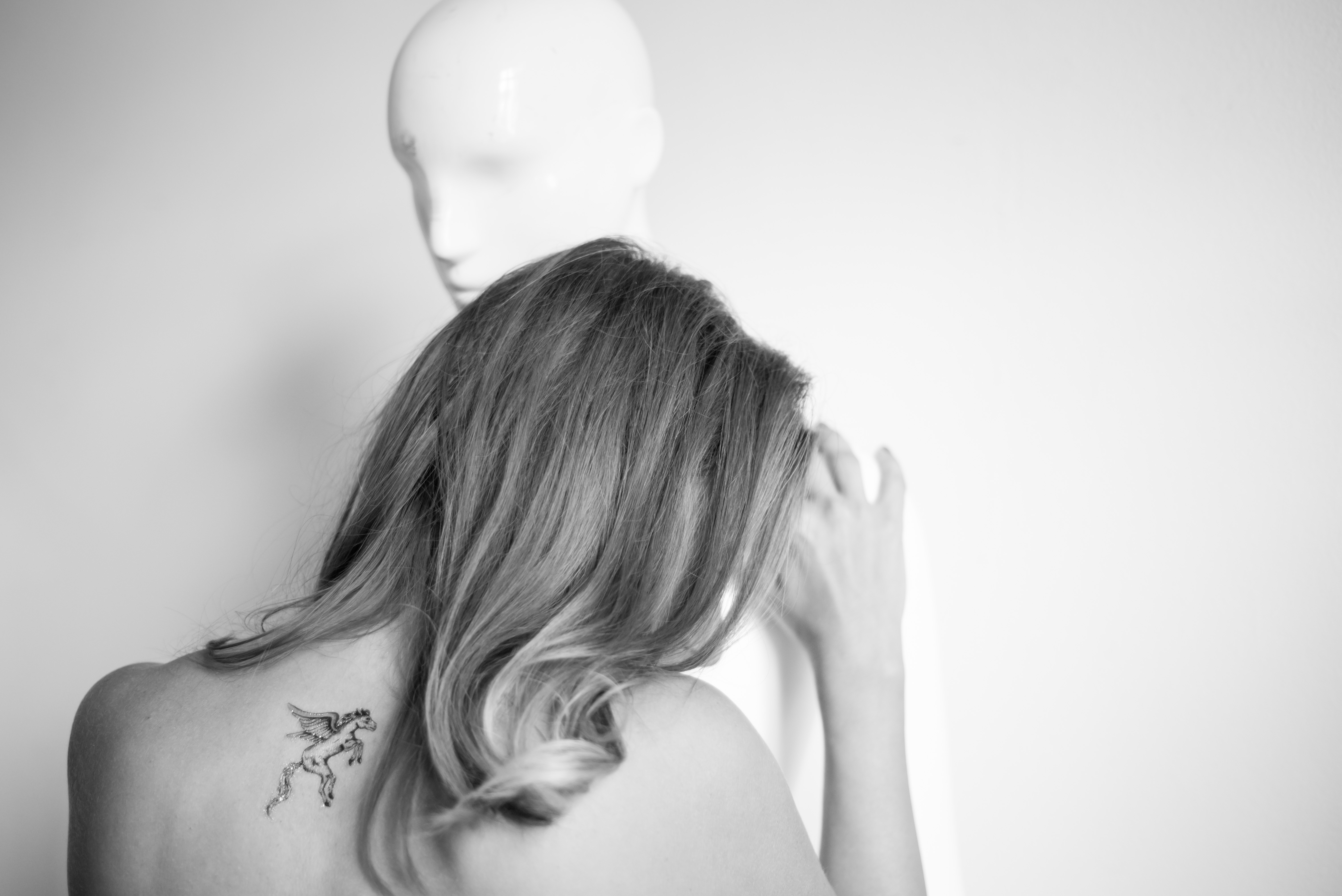 “21 Lessons for the 21st Century” is Yuval Noah Harari’s latest release and already a bestseller. He is definitely a phenomenon. A historian and professor in the department of History at the Hebrew University of Jerusalem, Harari is that kind of teacher that we would have much enjoyed during our school times. He is a storyteller by all means and his stories have information, fun and perspective.

Each of the 21 chapters speaks about one critical topic in the following areas: technology, politics, hope, truth and resilience. I picked up 5 chapters that I will share one by one, in separate blog posts. The first one was about WORK and you can find it here:

The second one is about the MEANING of LIFE.

While we proceed to our jobs and chores from Monday to Friday, there is little time left to ask ourselves about the meaning of life. Not much can be found during weekends either, because we feel the need to relax. After an exhausting workweek, who wants to think about his/her role in the universe?

In the same time, whoever tries it, he/she is much tempted to believe in what we have been told since we were born: stories. What does Harari think about them?

1. “Life is not a story”, but the repetion gives power to the story

Homo Sapiens is a storytelling animal, that thinks in stories, rather than numbers, graphs and powerpoint presentations and believes that the universe itself works like a story. One popular story, told for thousands of years to billions of humans is that we are all part of an eternal cycle that connects all beings.

What we can notice in both stories is that repetition gives power to the story. If I believe in some version of the Circle of Life story, it means that I have a fixed and true identity that determines my duties in life.

2. Give me some role to play, make it bigger than myself and I am yours

There are many types of stories: religious, political, business, love. Most of the stories are incomplete, but this does not affect their impact in finding the meaning in life. They do not even need to be true. It is enough to give us a role to play and extend it beyond our horizons.

Most successful stories remain open-ended. This might be a reason for Netflix’s new interactive shows where viewers can pick their own “branching” narratives. Starting with June’s Puss in Boots, viewers could answer questions to influence the direction of the story, such as “Should Puss fight [the strangers] valiantly, or chitchat with them over tea?”

When you believe a particular story, it makes you extremely interested in its tiniest details, while keeping you blind to anything that falls outside the scope.

A crucial law of storytelling is that once a story manages to extend beyond the audience’s horizon, its ultimate scope matters little.

3. Leave something behind - ideally a better world or a true love

What if leaving something behind would not be a poem or an integrated ecommerce system, but a better world? The rule is simple: you help somebody, who will help somebody else, who then, guess, fulfills the great chain of kindness.

For those who do not believe in this option of leaving a great kindness chain behind, there is another, more individual option: ROMANCE. Search for true love and connect to one special somebody and this is how you can find the meaning in life.

A ritual is a magical act that makes the abstract concrete and the fictional real. Hocus Pocus, X is Y!

You can find the power of rituals in religions, politics, business, relationships, education, etc. Almost anything can be turned into a ritual - what about the daily care routine? Food too can be loaded with spiritual significance.

Looking for social stability and harmony? Rites and rituals are among your best allies.

5. Of all rituals, sacrifice is the most potent, because of all the things in the world, suffering is the most real.

If you want to make people really believe in some fiction, entice them to make a sacrifice on its behalf! Once you suffer for a story, it is usually enough to convince you that the story is real! (just think of the love melodrams that you’ve lived in your life, do they make a little bit more sense now?)

The more you sacrifice for a particular belief, the stronger your faith becomes (this is also valid for having a particular obssesive story for a business you are involved in!).

Once somebody convinces us to make some painful sacrifice, we are trapped!

Talking about rituals, Harari shares his favourite: should the religious Jews tear the toilet paper on Sabbath or not? The literal meaning of the holy day of “Sabbath” is to stand still, meaning to refrain from any kind of work from Friday’s sunset till Saturday’s sunset. It was concluded that even tearing the toilet paper is some kind of work, so in order to follow the Sabbath, you have to prepare it before.

6. People rarely put their entire faith in a single story. They can sample and mix stories at the supermarket!

Every now and then a fanatical creed comes along and insists that people should believe in only one story and have only one identity.

Even suicide doesn’t prove an absolute commitment to a single story. On 13 November 2015, the Islamic State orchestrated several suicide attacks in Paris that killed 130 people. The explanation given was that it was revenge for the French bombing  and killing of their brothers in Syria and Irak. In the same time they declared that all Muslim killed by French were martyrs and they all found their peace in heaven. If indeed the martyrs killed are now in heaven, why should anyone seek revenge for it?

When there is a lot of uncertainty among the stories you believe in, doubt is considered to be among the worst sins possible. The rise of modern culture makes the faith seem like mental slavery and doubt as a precondition for freedom.

Hamlet is Shakespeare’s version of The Lion King. Till the end of the play, Hamlet can not make up his mind whether to be or not to be. Modernity didn’t reject the stories inherited from the past. Instead, it opened a supermarket for them. Your are free to sample and mix!

But some people can’t stand so much freedom and uncertainty!

7.  Believe in yourself is the  most powerful story. And our personal story is constanly updated!

The liberal story is about the self belief. I give meaning to the universe by creating and fighting for liberty (social, biological and physical constraints). Self is a fictional story that the inside mechanisms of our mind constantly manufactures, updates and rewrites.

Buddha taught the three basic realities of the universe:

The more people are atached to an idea of eternal essence, the more dissapointed and miserable they become when they can’t find it.

8. Sometimes, even no story can become another story

Even it may sound strange, fighting other people because you believe in nothing, in the emptiness of all phenomena is very human. If all 8 billion people from planet Earth will start meditating regulalrly, it doesn’t mean that the world peace will be achieved. By observing things you might get to a truth that you will be tempted to transform into another story that you will try to convince others with!

9. Observe suffering if you want to find the meaning of life and BEWARE of mystical terms mixed with politics

With all the stories genereted by our minds, reality is still there.

The big question should not be  “what is the meaning of life”, but “how do we get out of suffering?”

We have conquered the world thanks to our ability to create and believe fictional stories, therefore it is hard for us to recognise reality from fiction. But if you want to find what it is real, start with the suffering, as this is the most real thing.

Is something real or imaginary? Ask if the central hero of the story can suffer.

A nation can not suffer, cause it doesn’t have eyes, hands, senses, passions, while a single individual can. Whenever politicians start talking in mystical terms, BEWARE! They might be trying to disguise and excuse real suffering by wrapping it up in big incomprehensible words. Be particulalrly careful about the following words: sacrifice, eternity, purity, redemption.

“If you want to know the meaning of life and about your own identity, do not ask yourself the big question anymore. Start observing suffering and exploring what it is it. It is not a story.”